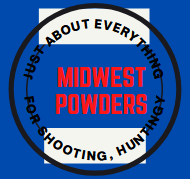 Buy Beretta 92FS Brigadier Inox 9mm Centerfire Pistol Online. The Beretta M9 and 92FS are among the most widely recognized firearms in history, and the most notable models from Beretta’s iconic 90 Series. The Beretta 92 was submitted in 1980 for the XM9 program conducted by the U.S. Military to seek out a replacement for the M1911.

During a five-year testing period these pistols were subjected to the most extensive military pistol test program ever conducted. In 1985, the Beretta M9 – a model from the legendary 90 Series, was adopted as the official sidearm of the U.S. Military and has served there ever since.

Beretta is now offering the 92FS Brigadier. Delivering the same outstanding accuracy and reliability the 92 series is known for. Its open slide design and optimal chamber feeding angle allow for reliable feeding with a wide variety of ammunition styles and weights regardless of the environment. The ambidextrous safety/de-cocker allows for safe operation and positive manipulation with either hand. The heavy profile slide design will reduce felt recoil to the shooter. Now available in the Inox, or Stainless, finish. Buy Beretta 92FS Brigadier Inox 9mm Centerfire Pistol Online